The Cruicetown committee holds various events throughout the year and everybody is most welcome to attend.

There is a mass held every year on Cemetery Sunday to pray for the souls of all the deceased who were buried in Cruicetown. This mass is normally held in the church at 5:00 PM on the last Sunday in July.

The committee holds a Heritage Week talk and tour of the cemetery every August. The talk is often given by committee members and in some years by expert guest speakers. Past speakers include architectural historian Dr. Michael O'Neill, archaeologist Dr. James Lyttleton and committee member Henry Cruise.

Oliver was instrumental in the setting up of the committee from day one in 2004. Over the years, he served faithfully and diligently as either Chairman or Secretary and was a prime driver of the many projects undertaken by the committee in that time. A more comprehensive appreciation of Oliver will be published here in due course. For the moment, we offer our sincere condolences to Oliver’s wife Margurita and their children, Karen, Olivia, Padraig, Marguerite, along with their respective partners and children.

The Cruicetown Cemetery Conservation Committee are delighted that their project to digitally record some of the ancient monuments in Cruicetown cemetery has been funded by the Heritage Council to the sum of €1000 in the recent released round of Community Heritage Grants. This work will help digitally preserve such monuments as the 17th century Cruise Tomb and associated ‘high’ cross which are at long-term risk from the effects of weathering. This is a joint project with the St. John’s Old Cemetery Restoration group in Nobber. There, the Balfe Tomb, Priest’s Tomb and Cruise Tomb will also be recorded by the non-invasive method of photogrammetry. Volunteers from both groups will be instructed in this recording technique by heritage professional Gary Dempsey of Digital Heritage Age. The 3D images of the monuments will be posted online and be publicly displayed at an event during Heritage Week next August.

Where: George Eogan Cultural and Heritage Centre (The Old Church) 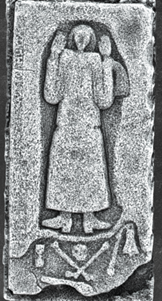 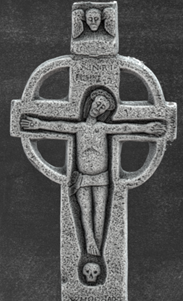 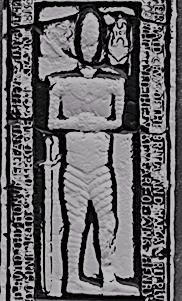 In July 2017 members of the Cruicetown Cemetery Conservation Committee and St John’s Old Cemetery Restoration Group were trained in the latest 3D imaging technique known as photogrammetry by heritage professional Gary Dempsey.  A sample of medieval tombs in Cruicetown and Nobber were selected to be recorded by this new archaeological method.  The stunning 3D images of the tombs (which can now be viewed online) obtained in this community project are presented here in an illustrated lecture by Gary Dempsey.

The talk will include a practical public demonstration of the photographic techniques used in photogrammetry.

For more details email Henry Cruise at info@cruicetown.com, visit www.heritageweek.ie or the Facebook page of the Cruicetown Cemetery Conservation Committee. The training workshop was generously funded by the Heritage Council.